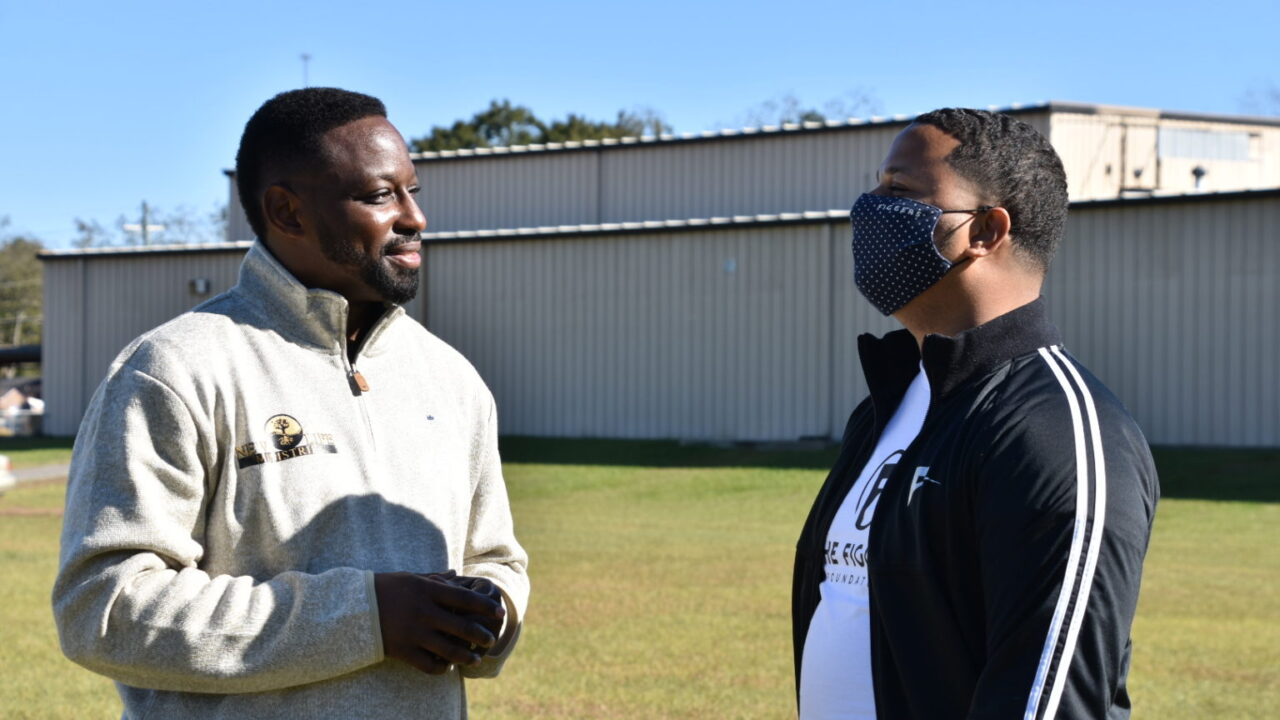 Freddie FIggers is the founder and CEO of telecommunications company Figgers Communication. His nonprofit Figgers Foundation is working with the Florida chapters of the Alzheimer’s Association to provide the Brain Bus RV and van with mobile hotspots for visiting families.

When Freddie Figgers was 9 years old, his father bought him a used 1989 Macintosh computer from Goodwill. The computer may have been broken, but that didn’t deter Figgers. His father, a maintenance worker by trade, lent him his electrical tools.

He tinkered away at the computer until at last he successfully repaired it using parts from a clock radio. It was completing this project that caused Figgers to discover his passion for technology and innovation, which would set him on the path to his future career in telecommunications.

Helping youth: Figgers Foundations donates $50K to Together We Rise to provide bicycles for youth

Abandoned at birth, Figgers was adopted by 60-year-old Nathan Figgers and 54-year-old Betty Mae Figgers of Quincy. By the time Figgers was 12 years old, his father began displaying symptoms of Alzheimer’s disease, a progressive brain disease with no cure that affects thinking, memory and behavior.

Incidents started out small — his father forgetting where he’d just set his keys down but having a laugh about the situation when his wife would remind him. However, as time went on, the symptoms progressed.

“He started forgetting things like leaving the water running. He would wander and started imitating what he saw on television,” Figgers recalls.

The wandering became more frequent and was soon a major safety issue for the family.

Figgers applied his extraordinary talent for technology to create a high-tech shoe with a built-in chip, GPS, microphone and loudspeaker. By essentially turning his father’s shoe into an advanced walkie-talkie, Figgers was able to talk to his father and determine his location whenever he wandered off.

“My father was my everything,” Freddie remarks, “He took me in and raised me as his own. It was my duty to protect him the same way he saved and protected me.”

As he continued to develop the program, Freddie created a feature that could determine how many steps his father had taken. The program had been very successful, and in 2014 he sold the rights. However, very soon after this sale his father passed away from Alzheimer’s.

“That inspired me to start a nonprofit to help people that are living with Alzheimer’s. Money is nothing but a tool. You can’t take it with you, and I really just want to make an impact and pay it forward to help the next,” Freddie said.

Today, Freddie is the founder and CEO of telecommunications company Figgers Communication, as well as founder and board chair of the nonprofit organization The Figgers Foundation.

His nonprofit has been involved in multiple humanitarian causes, including running two schools in Africa, offering scholarships to Florida high school seniors from low-income households, and distributing millions of N95 masks to first responders during the COVID-19 pandemic.

Freddie continues to fight for the Alzheimer’s cause as well. He is currently working with the Florida chapters of the Alzheimer’s Association to provide the Brain Bus RV and van with mobile hotspots for visiting families. The Brain Bus is a statewide outreach initiative that raises awareness about Alzheimer’s and related dementias, with a particular focus on underserved communities.

“That’s really a passion for me,” Freddie says about the Alzheimer’s cause, “that’s how I got started. For my old man.”