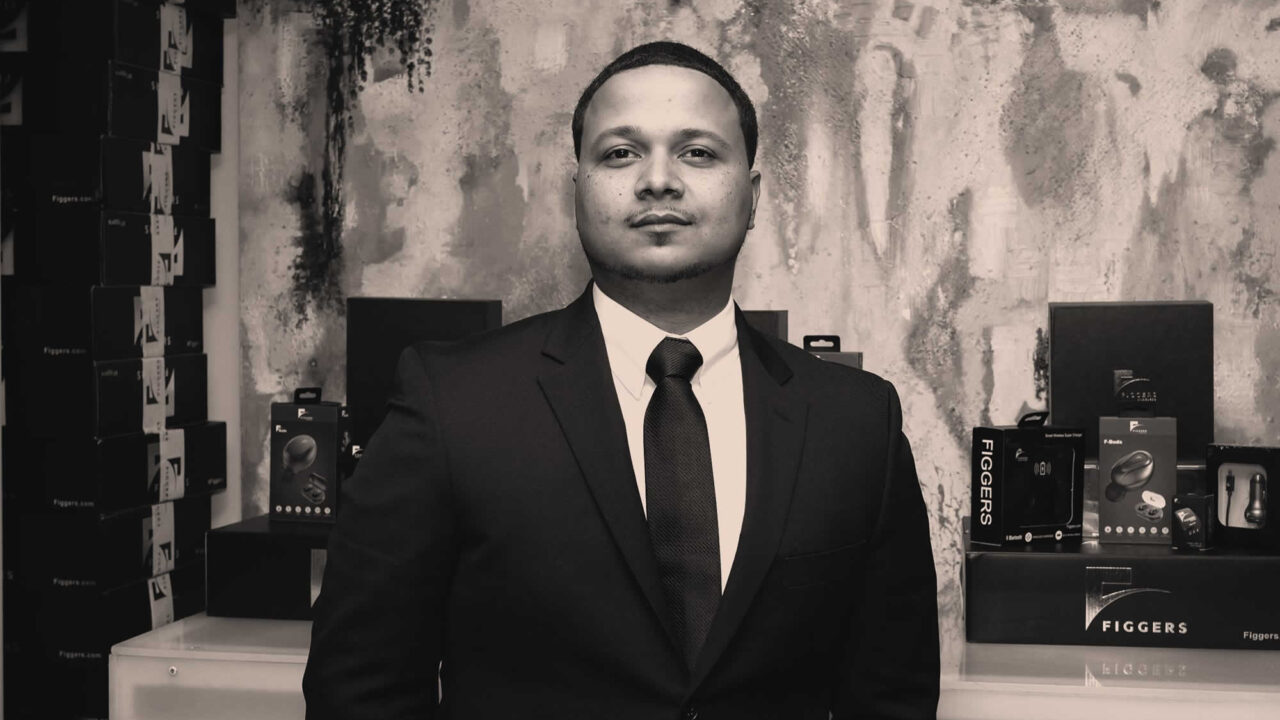 At birth, Freddie Figgers was abandoned next to a dumpster. At 8, his father gave him a used computer. At 16, he started a computer repair company and five years later purchased a cellphone tower. When he was 19, Figgers launched Figgers Wireless, which over the next 11 years would provide mobile phones to nearly 1 million customers.

For his next act, Figgers, now 30, has patented a Wireless Inconductive Charger — which he says could change the cellphone industry entirely.

With his invention, Figgers Wireless’ mobile phones begin charging when taken into rooms where they link to the signal of the chargers, the way a cellphone can be set to automatically search for and reconnect with WiFi.

“As soon as the phone is in range, it will start charging,” Figgers, who is from Quincy, Florida, near Daytona Beach, said.

The technology will first be available to Figgers Wireless customers around the world. Their F3 5G cellphones are equipped with a chip that will link wirelessly to the charger. Figgers expects final approval from the Federal Communications Commission to produce the wireless chargers near the end of the year.

“When you look at the world, the better energy is distributed, the better products you have,” said Germain Bebe, the president and chief operating officer of Figgers Communications, the parent company of Figgers Wireless. “We’re looking at this being a game changer, using energy. The excitement is there. The product sells itself.”

Figgers Wireless, based in Fort Lauderdale, Florida, has been valued at $62.3 million, Figgers has said.

At 21, Figgers was the youngest person to acquire an FCC license, and he now operates Figgers Communication, the only black-owned telecommunications company in America. The company manufactures its own phones and has its own talk, text and data plans and provides cellular, mobile broadband, home phone and international services to more than 80 countries.

Figgers F1 cellphone has been lauded for its anti-texting software that activates when a driver goes over 10 miles an hour. He also created Figgers Health, a company with the goal of “improving the living standard of chronic health patients by introducing them to innovative technology.” Then there is FiggCash, Figgers’ debit and credit card line issued through MasterCard and Visa.

Nathan and Betty Figgers, a senior citizen couple, adopted Figgers as a baby a few days after he was found.

His cousin Sarah Figgers remembers when the quiet 9 year old who was often “off in his own world” dismantled an old computer from Goodwill six times, replaced the circuit board and made it work again. “I could tell he was going to be something, be someone,” she said.

“With the way my life started, it was hard to make friends,” he said. “My best friend was that computer.”

His parents could also see something special in him and continued to inspire him.

“My parents did not tell me one time that I wasn’t their child,” Figgers said. “They were special. They were older and they taught me old-school values. I have a passion for helping.”

That translated into his desire to invent and, in his words, “help change the world.”

One of his earliest inventions was created specifically to help his father when he developed Alzheimer’s. Nathan Figgers, who died in 2014, would leave the home in the evening and not remember how to get back. His son fought against having him admitted to a facility and instead built a GPS tracker with a two-way communicator in his dad’s shoes. Not only was he able to find his dad but he could speak to him through his shoes if he left the house.

Figgers was 16 when he created the locator. He sold that program when he was 17 to a company in Kansas for $2.1 million and used the money to acquire cellphone towers in areas where there was poor or no reception. It nearly bankrupted him, he said.

By his count, he met with the FCC and examiners 196 times over four years, paying exorbitant application fees along the way, among other expenses. At the last moment, he received the green light.

“I was in D.C., down to my last $30,” Figgers recalled. “I was almost bankrupt before I could really get started.”

But he prevailed and has brought quality cellphone coverage to rural areas like West Virginia, Montana and North Dakota. Figgers’ battle to get licensed was so arduous that Florida State University conducted a case study on it.

Age and race played a role in his four-year struggle, Figgers said. “I was young and black. There were so many roadblocks. It was a challenge. I could tell when they wanted to insult my intelligence with obstacles.”

But obstacles do not seem to bother Figgers. “He is an aggressive and driven person,” Bebe said. “It’s 24 hours for him. He’s motivated, and he doesn’t look at it as work.”

Figgers, who holds four utility and two patent designs in telecommunications, also finds it important to be generous. He said 20 percent of his company’s net profits support the Figgers Foundation, which funds a plethora of charitable efforts.

That includes providing 28 college scholarships to African American men every year, and supporting efforts to protect girls from sex trafficking in northern Zambia.

When Hurricane Marie bludgeoned Puerto Rico in 2017, Figgers sent 500 cellphones — with free service — to survivors and provided 19 satellites that worked through the subsequent storms. Additionally, he pays senior citizens’ bills and provides relief for those facing foreclosures, among other charitable activities.

His mantra is purpose over profit. “I had parents who were in their 70s and usually would not want to be bothered with raising a child,” Figgers said. “But they did, and from them I believe in giving back.”

And Sarah Figgers said those around him, particularly his mother, Betty, who is now 95, could see his potential.

”His parents’ eyes lit up every time they talked about him,” his cousin recalls. “There was something about him.”