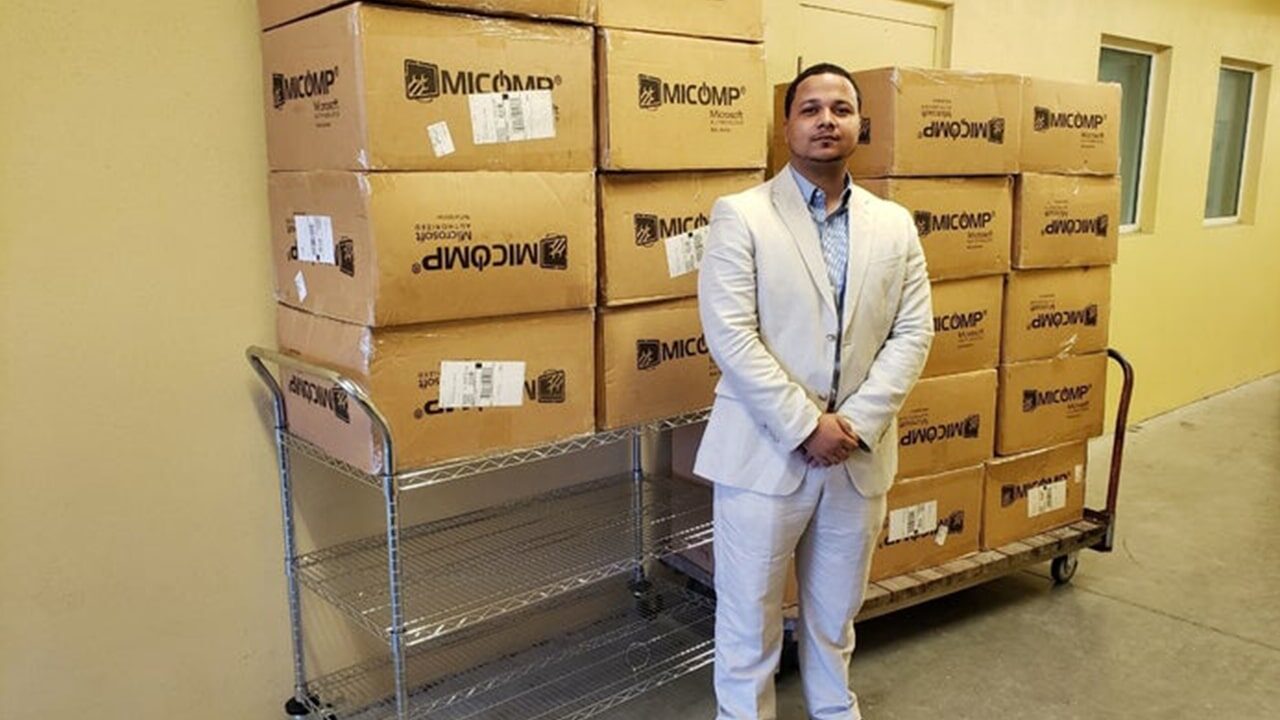 Freddie Figgers, founder & CEO of Figgers Communications, donated 20 computers to cadets at Sarasota Military Academy, a local, public charter school. The donation comes as an extension of the Figgers Foundation August 2019 “Back-to-School” initiative, designed to help teachers provide for the needs of students in the classroom.

Figgers, a 29-year-old entrepreneur, donated the computers to Sarasota Military Academy to replace old, outdated models in the language arts classrooms. The computers were donated at a special presentation during the Academy’s morning formation on Tuesday, September 10, 2019.

“Abandoned in a dumpster as an infant, Freddie was adopted by a loving couple who encouraged and supported his fascination with computers at an early age. Early tinkering nurtured a curiosity and love of technology that led to the creation of cloud computing services at age 15, and ultimately, to his development of four patents,” said SMA-MAJ Sylvia Gillotte, Sarasota Military Academy Language Arts Department Chair. “He is an incredibly inspiring person for our cadets to have the opportunity to learn from, and we are grateful for this donation to our Academy.”

In addition to the patents and cloud-computing service, Figgers is the youngest person to be granted an FCC license to operate a wireless service. His company, Figgers Communications, has a net worth of over $62 million, and is the only minority-owned telecommunications company that manufactures its own phones and sells talk, text and data plans.

To learn more about Figgers Communications or the donation of the computers to Sarasota Military Academy, contact SMA-MAJ Sylvia Gillotte at 941.926.1700 at ext. 231.