Abandoned as a newborn and called ‘dumpster baby,’ he’s now an entrepreneur worth millions 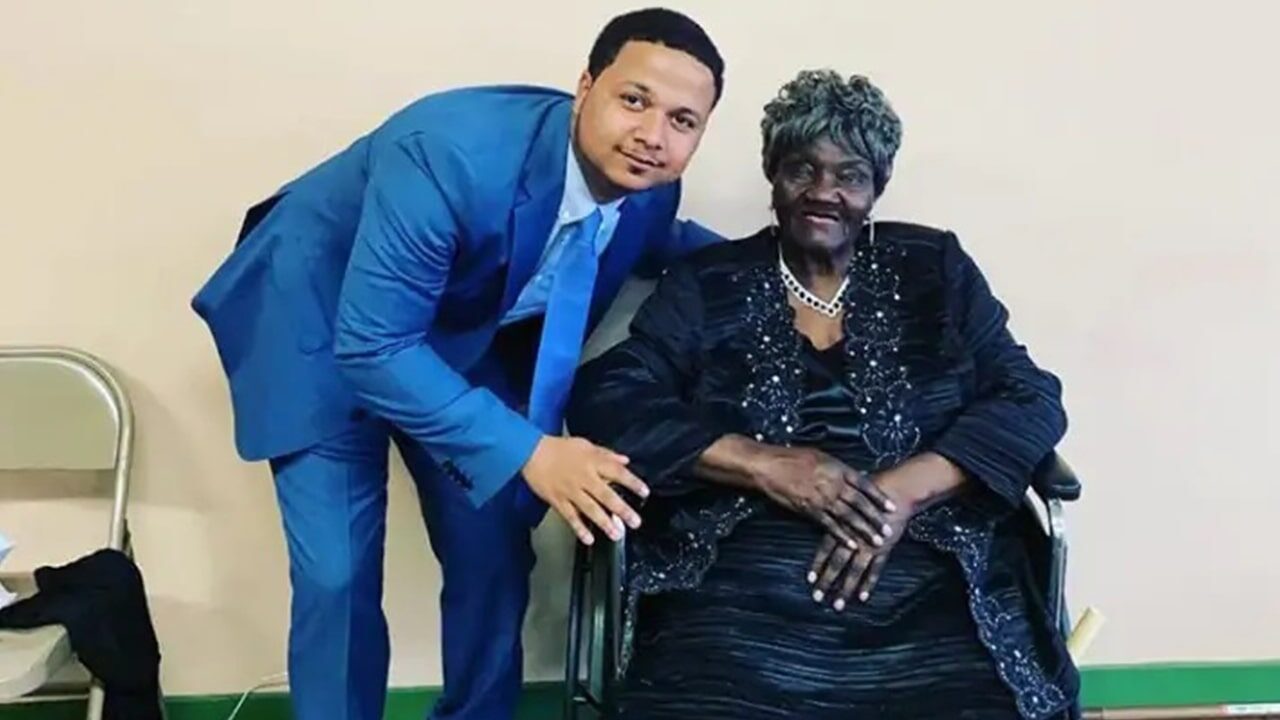 Hours after he was born in 1989, Freddie Figgers was set down next to a dumpster in a rural area of Florida’s panhandle.

A passerby found him alone and in distress, and called police. The infant was hospitalized with minor injuries for two days, then placed in a foster home. The couple who took him in, Nathan and Betty Figgers, lived in nearby Quincy, Fla., and already had a daughter.

Shortly after Freddie began living with them, the Figgerses — who often took in foster children — decided to adopt him.

In elementary school, Freddie Figgers said, other children would bully him and call him “dumpster baby” when they learned he had been put out with the garbage as a newborn.

“It’s a rural area, so after it happened, everybody heard about it,” said Figgers, now 30. “My parents told me the truth about what happened as I grew older. I thought about it a lot as a kid, and I’d have to say it was embarrassing when I was younger.”
His life hit a turning point when he was 9, he said, when his father paid $25 for a broken 1989 Macintosh computer at a thrift shop. Nathan Figgers, who was a maintenance worker at Florida State University, brought the computer home and set it on the kitchen table so his son could tinker with it.

“He thought that a computer might help to keep me out of trouble,” said Figgers.

His father was right. Figgers took it apart and put in back together several times. He figured out that he could get it to power on when he installed some components he found in an old radio that belonged to his father.

An infant did not have any hospital visitors for five months. So this nurse adopted her.

“I still have it,” Figgers said of that first computer. “It’s what sparked my interest in technology.”

He’d gotten so good at tinkering with computers that when he was 13, the city of Quincy hired him to help repair its computers, he said. When he was 15, he started his first company, Figgers Computers, repairing computers in his parents’ living room and helping clients store their data on servers he created.

He was a self-starter and a fast learner. After building his own cloud database, he decided to skip college.

“I wouldn’t recommend my path to everyone,” said Figgers. “But it worked for me. When I was 17, I had 150 clients that needed websites and storage for their files. I just kept building from there.”

His big break came several years later, in 2012, he said, when at age 23, he sold a GPS tracker program to an undisclosed company in Kansas for $2.2 million.

Figgers’s father had developed Alzheimer’s disease and would frequently wander off when he was confused.

“I created a device that I could insert in his shoe that would allow me to track him, plus talk to him through his shoe,” said Figgers.

“It was difficult to watch him decline — it’s something you never forget,” said Freddie Figgers. “I’ve always been so grateful to him and my mom. They taught me not to let my circumstances define who I was.” Some would say that’s an understatement.

Figgers, who now lives in Parkland, Fla., is the founder of Figgers Wireless, a privately held telecommunications company that he said was appraised in 2017 to be worth more than $62 million.A comedian wrote about his baby’s death on Twitter. Then hundreds poured out their own grief.

He also runs the Figgers Foundation, which donates to a variety of causes, including relief efforts after natural disasters, college scholarships for high school students and assistance with school supplies for cash-strapped teachers.

“The best thing any human being can do is influence another one,” said Figgers, who credits his adoptive parents for believing in him and allowing him to channel his energy into creative computer projects at a young age.

Although Figgers does a sizable business selling his smartphones and data plans, he said he is still passionate about combining technology with health care and safety.

He sells a wireless blood glucose meter for people with diabetes that allows patients to download and share glucose levels through Bluetooth technology. And he is working on a project similar to his “smart shoe” technology to help families stay in touch with loved ones experiencing homelessness.

“That could be me on the streets — I could have been homeless or dead if I hadn’t been found by the dumpster after I was born,” he said.

After Figgers grew up, he learned that his birth mother was a prostitute and had a drug addiction. He said he has not met her, and he has no desire to.

“My parents adopted me and gave me love and a future,” he said. “They did their best to make the world a better place, and now that’s all I want to do, too.”

Married to Natlie Figgers, an attorney, Figgers said he is caught up in the joy of raising his first child, Rose, who is 2.