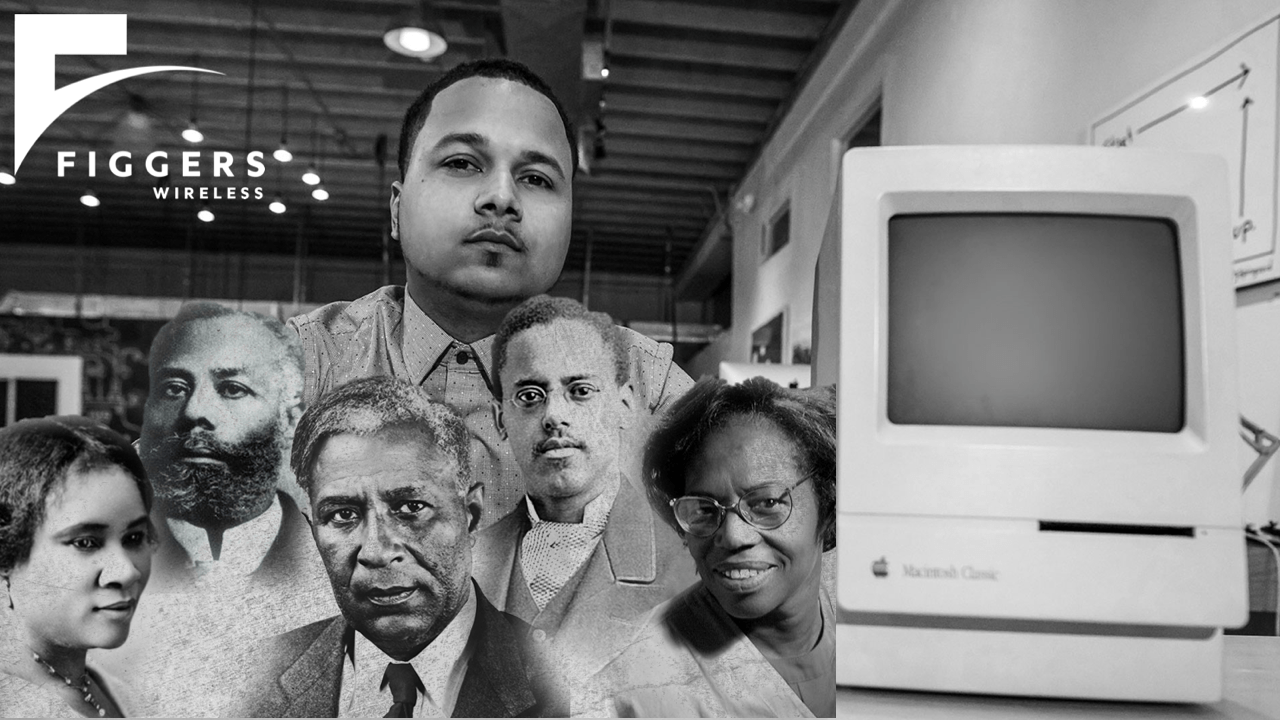 Throughout history we’ve seen how technological advancements made by African Americans were highjacked and monetized by whites. During the slave era, inventions produced by Blacks to lighten their work load were never promoted as products of their creation. As property, even the product of their thoughts were owned by their masters. For example the cotton gin, a machine that quickly separated cotton from its seeds was patented by Eli Whitney, a white slaveowner, who later lost multiple legal battles over patent infringement. Because Blacks were not citizens, they were not qualified to register with the patent office. While some inventions; true origins have been located, many have not. Once Blacks obtained citizenship in 1870 and were able to secure patens for themselves they could accredit their own inventions. For example, Alexander Miles developed the elevator’s opening mechanism in 1887 and Elijah McCoy was a former slave who created a lubricating device for railroads.

Today our ability to take ownership over the products and services that we contribute to society has transformed dramatically. Freddie Figgers is the founder and CEO Figgers Wireless, a $62 million telecommunications firm based in Florida. It is the only minority owned telecommunications company in the United States. His interest in technology was sparked at the age of nine by an early age broken computer that he was able to fix and continues to use today. His father’s dementia motivated him to get into healthcare, by developing a shoe with speech activated GPS monitors that sold for millions. At the incredible age of 12 he got his first job as a computer technician. Figgers was named a computer whiz in the local paper at the age of 15 after starting a cloud computer service for an auto dealer in Dalton, AL after a storm hit that resulted in the loss of their customer data. He had a remote server in his backyard where he could backup the company’s data. Figgers emphasizes that it doesn’t take a, “huge data facility” to be an entrepreneur.

Freddie started Figgers Communications with an $80,000 investment that he received after quitting school in order to build a computer program for a client. The program only took him 4 weeks to build. Freddie is a technological genius and after recently having his phones featured in Killer Mike’s new Netflix series, ‘Trigger Warning’ more people are taking notice. Figgers is unique from many service providers by also producing their own telephones. I recently switched to the company. While I wasn’t satisfied with my current phone and was interested in purchasing one of theirs, they allow customers to use their own device so I wanted to see how that worked and decided to start off with switching to the service. When I got my sim card in the mail, the box was bigger than I expected and I was shocked to find that one of their phones was included for free.

Unbeknownst to me this company not only has amazing plans and an effortless switch process, they’re also giving away phones to their new customers. I received a Figgers Neptune phone in Black. Anyone who is interested in making the switch should do so know, even if you don’t plan on switching phones, you can’t beat getting a free device.

Unlock the Potential of Our Community Investment Power

It’s essential that we invest into each other, often people limit their understanding of investing to spending money on something: whether that be spending money on a product or service or donating it to a charity or subscribing to a newsprint we think that investment requires the transfer of funds and that is all that is, but investment is much larger.

When we invest in something we are saying that we appreciate what that person or organization is contributing and due to that we would like to continue to allow them to improve their ways of continuing to contribute for the betterment of our lives and theirs. As we’ve heard in our grade school economic classes our dollar is our vote. It’s not logical to continue to invest in something that is oppressing your community just because it’s convenient or cheapest. There’s an internal satisfaction you get from investing in your own community because it feels more like an investment into yourself. Freddie is someone that I see value in investing and he currently owns 4 utility patens and 2 design patens in telecommunications which a reality that our ancestors did not have. Switching over to Figgers was bigger than trying to get a better price or more reliable coverage (both of which are achieved here) but I felt satisfied because the action is an illustration of Ujamaa, cooperative economics within the Black community.

The impact of switching one’s phone company is huge. Rather than making a one time purchase of a dinner or T-shirt, by switching phone carriers we’re making a monthly investment over time, often over years with the company. Our current average dollar spent in the Black community is six hours, but that time would skyrocket if we all switched our phone carrier to Figgers. Thinking about all of the monthly payments I make: Utilities, Internet, Water, Electricity, Netflix…none of these are Black owned and the time for that to change is over due.

Freddie encourages others, “People will not see your vision…but just believe in yourself and keep thriving” watch a video about his story below below.

He is black history.